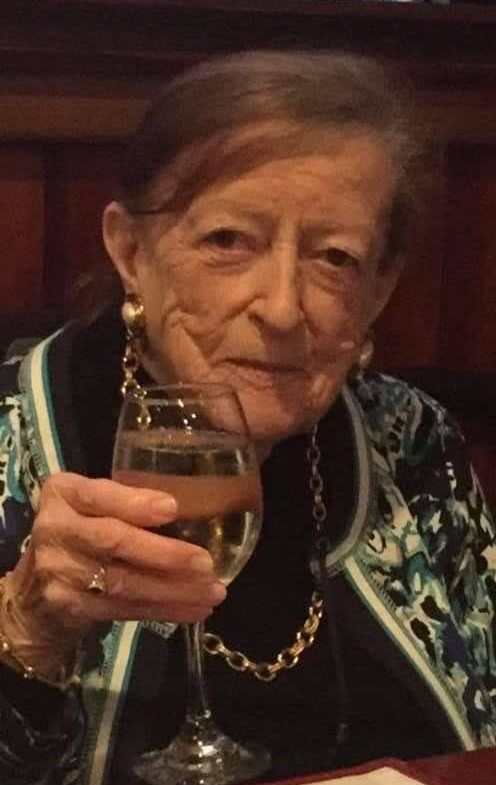 Please share a memory of Dorothy to include in a keepsake book for family and friends.
View Tribute Book
Dorothy Hogan Ingrassia September 19, 1931 --- January 19, 2023 Town of Wallkill - Dorothy (Dottie) Hogan Ingrassia a lifetime resident of the Town of Wallkill passed away peacefully surrounded by her loving family at home on January 19, 2023. She was 91 years old. The devoted daughter of the late Andrew and Madeline Hogan, Dorothy was born in the Elizabeth A. Horton Memorial Hospital on September 19, 1931. A graduate of Middletown High School, Dorothy was a multi-talented and loving Mom and Nana who lived a long and beautiful life. Along the way, Dottie found her life partner, the Late Louis J. Ingrassia Sr. As a "City Girl" from the First Ward of the City of Middletown they would go on to be married on February 15, 1953 and build their own home in the Town of Wallkill on the Ingrassia Family Farm in 1957. Together they shared 54 years of marriage and raised Five Children of their own on the Family Farm. Throughout their lifetime together they raised a loving and loyal family including daughters, the late Mary Catherine Ingrassia, Marjorie Ingrassia Garretto and her husband David, Louisa M. Ingrassia, Dorothy A. Ingrassia Matos and her husband Abel, and their son Louis J. Ingrassia Jr. and his wife Jacqueline. Dorothy and Lou were also blessed with an infant son who predeceased them in March of 1956. Mom was the best "Nana in the World" to Dr. Justin Garretto, Louis J. Ingrassia III and his fiancé Madalyn Brand, Andrea Ingrassia and Sara Matos. Dottie is also survived by that "Damn Cat", Mr. French who was her buddy and loyal companion over the past several years. Dottie was predeceased by her loving sisters, Marjorie Tuthill and Katherine (Sis) Masci. Also, Dottie's heart was broken on February 6, 2007 by the death of her 3 month old Grandson, Jaden Abel Matos, who is now wrapped in her loving arms in heaven. Along the way both Dottie and Lou Sr. were firm in their belief that your community could be and would be better through an involved citizenry. While "Big Lou" was busy running the Family Farm, and getting involved in Politics and Public Service, Dorothy was the backbone on the homefront raising five children, running the household and along the way being President of the JW Chorley Elementary School PTA, The Lenten Sewing Club, The St. Joseph's Altar Rosary Society and the Town of Wallkill Republican Club. Later in life, Dottie made the transition of her own into Public Service, first in 1979 as Adminstrative Assistant to Town of Wallkill Supervisor Dennis Cosgrove during the hieght of the building boom in the Town of Wallkill. In 1989 Dottie was elected Tax Receiver for the Town of Wallkill, a position she would be re-elected to 5 times spanning over 20 years, and only retiring at the age of 80 following the death of her beloved daughter Mary Catherine in May of 2012. Dottie is also survived by several loving nieces and nephews in addition to her Sister in Law Judith Ingrassia. Mom was there for anyone and everyone and never asked for anything in return. She always gave you the benefit of the doubt and never passed judgment on anyone. Throughout the course of her life she was dedicated to her Family, her Faith and her Community. During the past several years, as time began to take their toll on her, she had one wish; to return home, be at peace and spend the time that she had left with her family at her side. Mom's wish came true. She returned home and was cared for by her family right up until the end. Her final days were spent peacefully at home with her loving family caring for her every need, in an attempt to return the one favor that she ever asked for. Mom spent a lifetime caring for the needs of her family and others; we spent her final minutes holding her hand. Our family would like to thank Dr. Rajan Gulati and staff at Middletown Medical, the Doctors and staff at Crystal Run Healthcare, the Staff at Middletown Park Rehabilitation Center and Hospice of Orange and Sullivan Counties for all their treatment, assistance and caring. A very special thank you to our Cousins, Anthony and Shanon Ingrassia and their family for their care and love for "Aunt Dottie" during this difficult time. Visitation will be held on Monday January 23rd from 3 pm to 7 pm at the Ralston-Lippincott-Hasbrouck-Ingrassia Funeral Home 72 West Main Street in Middletown NY. A Mass of Christian burial will be held on Tuesday January 24th at 9:30 am at St. Joseph's Roman Catholic Church in Middletown. In lieu of flowers donations may be made to Hospice of Orange and Sullivan Counties, or the Middletown Humane Society.
To plant a beautiful memorial tree in memory of Dorothy Ingrassia, please visit our Tree Store
Monday
23
January

Share Your Memory of
Dorothy
Upload Your Memory View All Memories
Be the first to upload a memory!
Share A Memory
Plant a Tree