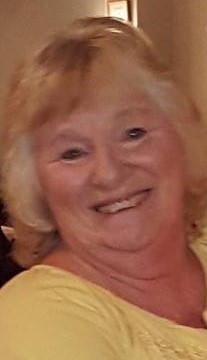 Obituary of Mary A. Dall

Please share a memory of Mary to include in a keepsake book for family and friends.
View Tribute Book
Mary Ann Dall, a retired teacher's aide for the George Robinson School at AHRC and longtime resident of the area, passed away December 25, 2022 at Garnet Health Medical Center. She was 75. The daughter of the late Clayton G. and Ruth E. Sherer, she was born on January 7, 1947, in Warwick, NY. She graduated from Warwick Valley High School in 1965 and was a member of the Queen Village Queens – All Girl Drum and Bugle Corps. She met and married the love of her life, Robert E. Dall, whom she was married to for 50 years until his death in December of 2018. For many years Mary bowled in the Monday Night Women's Bowling League in Middletown. She enjoyed reading, crocheting, camping and decorating her home for every holiday. Mary was also an associate member of VVA Chapter 140, which she joined in support of her husband Robert. Mary was predeceased by her husband, Robert; her parents, Clayton and Ruth; her brothers, John (Jack) and James; and her favorite child, her dog, Duke. Survivors include her four daughters, Deborah Ann Alindogan (Ronald); Donna Marie Frank (Chuck); Rebecca Erin Strang (Brian) and Elizabeth Ruth Cruz (Carlos). She is also survived by her 17 grandchildren and 1 great-granddaughter. Her brother Robert Sherer and his wife Kathy of Warwick; her brother in-law Edward Dall Jr. and his wife Jeanne of Goshen and her sister in-law Janice Dall of the State of Florida. She is also survived by her beloved nieces and nephews. Visitation hours will be held on Wednesday December 28, 2022 from 2-4 and 6-8 PM at the Ralston-Lippincott-Hasbrouck-Ingrassia Funeral Home, Inc. 72 West Main St. Middletown, N.Y. A Funeral Mass will be celebrated on Thursday December 29, 2022 at 11 AM at St. Joseph Church Cottage St. Middletown, N.Y. Mary will be buried next to her husband, Robert, a Vietnam Army Veteran, in the Orange County Veterans Cemetery Goshen, N.Y. In lieu of flowers, please make donations in Mary's name to the American Diabetes Association and the American Heart Association. Arrangements by Ralston-Lippincott-Hasbrouck-Ingrassia Funeral Home, Inc. 343-6023 or www.ocfuneralhomes.com.
To plant a beautiful memorial tree in memory of Mary Dall, please visit our Tree Store
Wednesday
28
December

Share Your Memory of
Mary
Upload Your Memory View All Memories
Be the first to upload a memory!
Share A Memory
Plant a Tree