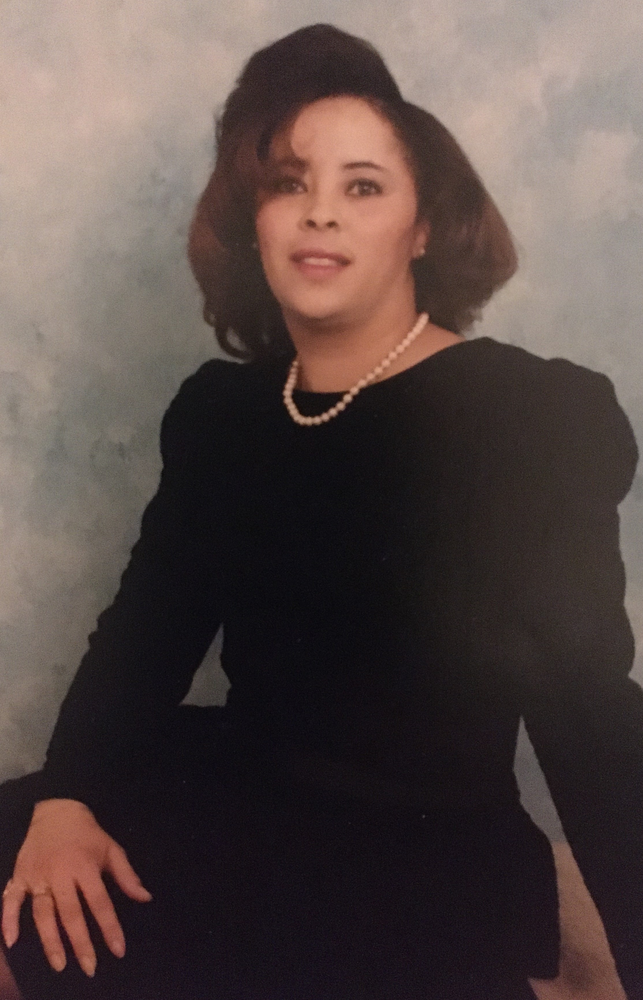 Obituary of Doreen B. Burgos

Please share a memory of Doreen to include in a keepsake book for family and friends.
View Tribute Book
Doreen B. Burgos of Middletown, New York a former CNA at Valley View in Goshen, N.Y. passed away on October 8, 2022 in Garnet Health Medical Center in Middletown, N.Y. She was 66. The daughter of the late Donald Jackson Sr. and Barbara Brown Jackson, she was born on June 22, 1956 in Middletown, N.Y. She was the widow of Virgilio Burgos. Survivors include her mother Barbara Jackson of Middletown, N.Y. Her brothers Donald Jackson Jr. (Marla) of Kansas; Gerard Jackson (Sherri); Eugene Dibble; Szilard Dibble (Lisa) of Middletown, N.Y. Bradford Hasbrouck Jr. (Susan) of Walden. Her sisters Bonita Ortiz of N.J.; Michele Ayala, Selena Jackson (Lou McCue), Tanya Anthony (Ray), Clarise Henderson (Lydell) all of Middletown, N.Y. Flora Diggs (Mike) and Shannon Brown of Virginia. Her stepdaughters Tina Harris of Warwick, N.Y. and Shanika Burgos of N.Y. Her godchildren Lennea Perkins, Nickea Rivers and Latasha Price. She is also survived by her many nieces, nephews, great nieces -nephews, great-great nephews-nieces and many cousins and best friends. She was predeceased by her father Donald Jackson Sr. and her siblings Brian Jackson, Darlene Hasbrouck, Jodie Hasbrouck and Mabel Rodriguez. Visitation hours will be held on Wednesday October 19, 2022, from 12 Noon -1 P.M. with a Funeral Service at 1 P.M. at the Ralston-Lippincott-Hasbrouck-Ingrassia Funeral Home, Inc. 72 West Main St. Middletown, N.Y. The Service will be livestreamed at https://my.gather.app/remember/doreen-burgos Burial will follow in Hillside Cemetery Middletown, N.Y. Arrangements by Ralston-Lippincott-Hasbrouck-Ingrassia Funeral Home, Inc. 845-343-6023 or www.ocfuneralhomes.com
To plant a beautiful memorial tree in memory of Doreen Burgos, please visit our Tree Store
Wednesday
19
October

Share Your Memory of
Doreen
Upload Your Memory View All Memories
Be the first to upload a memory!
Share A Memory
Plant a Tree