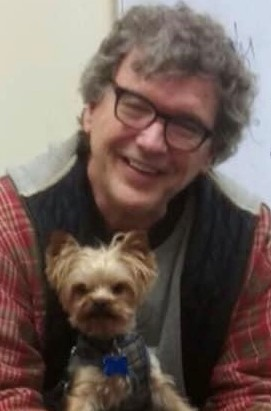 Please share a memory of Robert to include in a keepsake book for family and friends.
View Tribute Book
Robert Douglas Glenn Middletown, New York It is with a sad heart, that the Glenn family announces the death our dear Robert Douglas Glenn on Wednesday, September 14th, of cancer. Doug was born in Schenectady, New York on September 28, 1952, to Dr. William Ellis Glenn and Alice McNeil Glenn. He graduated from Rippowam High School in Stamford, Connecticut in 1970 and from Cornell University in Ithaca, New York in 1974. Doug loved his family and was a devotedhusband to his wife, Sheila O'Brien Glenn. Doug was blessed with three children, Vaughn Glenn and his wife Phet of Thailand; Bonnie Glenn Hauschild and her husband Craig of Florida; and John Christopher Glenn and his wife Kaitelin of Albany, New York. Doug's two grandchildren, Alden Hauschild and Corrigan Hauschild, were the lights of his life. Doug is also survived by his brother, Ross Stuart Glenn and his wife, Barbara, of Lacey's Spring, Alabama; and by his sister-in-law, Kathleen Bied and her husband, Dr. Joseph Beid of Voorheesville, New York and several much-loved nieces, nephews, and cousins. His three little dogs, Harry, Frankie and Turbo brought joy and laughter to his life and stood watch by his side during his final illness. Following Doug's retirement from IBM in Austin, TX, and moving to Sheila's hometown in Middletown, New York, Doug devoted time to the arts singing with the Peace of Heart Choir, singing in the chorus of the opera, Tosca, with the MOREOpera Company in Manhattan, and also with the Delaware Valley Opera and the Middletown Concert Choral. He has done background and extra work in many television shows such as Boardwalk Empire, Pan Am, The Deuce and The Knick, and many, many movies. While his father was alive, Doug would crew and sail with him on the Taleria II, cruising along the coast of Florida and the Bahamas. We will remember Doug's open and kind spirit, his warm and loving heart and his strength and unfaltering courage throughout his surgeries and treatments. Doug was an organ donor, and we are gladdened that his brain will be used for research at Columbia Medical Center in New York City. The Glenn family profoundly thanks each doctor, nurse, aide and technician who treated and helped Doug. A Memorial Service is planned for Saturday, November 12th from 11 am to 1 pm at the Upfront Exhibition Space, 31 Jersey Avenue, Port Jervis, New York. In lieu of flowers, it is suggested that a donation be sent to the Middletown Humane Society, 142 Bloomingburg Road, Middletown NY 10940, or to the charity of your choosing. Arrangements by Ralston-Lippincott-Hasbrouck-Ingrassia Funeral Home, Inc. 845-343-6023 or www.ocfuneralhomes.com
To plant a beautiful memorial tree in memory of Robert Glenn, please visit our Tree Store
Saturday
12
November