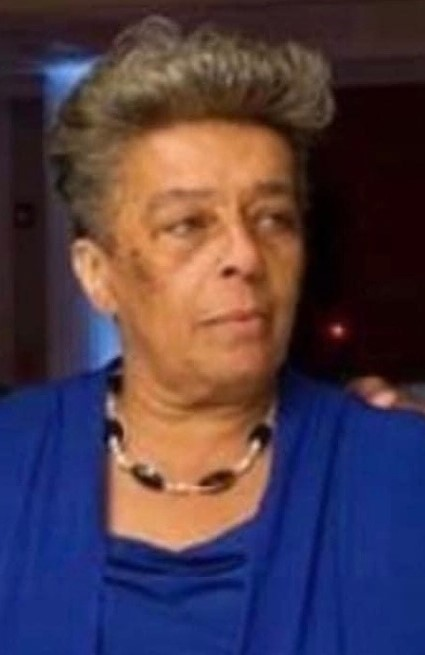 Please share a memory of Denise to include in a keepsake book for family and friends.
View Tribute Book
Denise M. Cooper of Middletown, N.Y. a former worker for Delford Industries in Middletown, N.Y. and a lifelong resident of the area, passed away on September 5, 2022 in Garnet Health Medical Center in Middletown. She was 69. The daughter of the late Gerald and Eleanor VanDyke, she was born on February 6, 1953 in Middletown, New York. She was a member of the United Steel Workers Union Local 8228. Survivors include her son Rudolph Parker and his wife Laurie of Bloomingburg, N.Y. Her companion of 36 years Jeff Warner of Middletown, N.Y. Her stepchildren Matthew, Nathan, Daniel and Jordan Warner and Kira Bell Austin. Her sisters Rose Charles, Phyllis VanDyke, Margaret VanDyke and Yolanda VanDyke and her husband Raymond. Her brothers Barry VanDyke and his wife Brenda, Alan VanDyke, Gerald VanDyke Jr., and Thomas VanDyke and his wife Michelle. Her sister-in-law Carol Cuevas. Her stepbrothers Curtis and Kenneth Cooper and her stepsisters Roxanne Lambright and Carolyn Kennard. She is also survived by her grandchildren and great-grandchildren and nieces and nephews. She was predeceased by her parents Gerald and Eleanor VanDyke. Her sisters Angela Watson and Geraldine Cardona. Her brothers Eric VanDyke, Aaron VanDyke and Wayne Perry Hunter and her nephews Marcus Cardona and Isiah Charles and her niece LaToya VanDyke. Visitation hours will be held on Sunday September 11, 2022 from 1-3 P.M. with a Funeral Service at 3 P.M. at the Ralston-Lippincott-Hasbrouck-Ingrassia Funeral Home, Inc. 72 West Main St. Middletown, N.Y. Burial will be held at the convenience of the family. Arrangements by Ralston-Lippincott-Hasbrouck-Ingrassia Funeral Home, Inc. 845-343-6023 or www.ocfuneralhomes.com
To plant a beautiful memorial tree in memory of Denise Cooper, please visit our Tree Store
Sunday
11
September

Share Your Memory of
Denise
Upload Your Memory View All Memories
Be the first to upload a memory!
Share A Memory
Plant a Tree