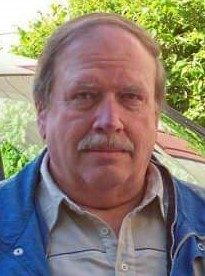 Please share a memory of Frank to include in a keepsake book for family and friends.
View Tribute Book
Frank S. Coleman of Middletown, N.Y. passed away on June 5, 2022 in Garnet Health Medical Center in Middletown, N.Y. He was 73. The son of the late Frank K. and Doris Jeffries Coleman, he was born on February 19, 1949 in Alexandria, Virginia. Frank was a retired Engineer where he worked for ABC Television in New York City. Frank served the United States Air Force during the Vietnam Era and was Honorably Discharged with the Rank of Staff Sergeant. He was a member and Past Commander of American Legion Post 151 in Middletown as well as a Member of the Vietnams Veterans of America in Middletown, N.Y. He was a member of the Fraternal Order of Masons. Frank was also involved in Civil War Reenactments, and he helped with the restoration of Civil War Graves at Hillside Cemetery in Middletown, N.Y. Survivors include his wife Janice Coleman at home. His daughter Karen Hinners and her husband Scott of Collingswood, N.J. and his son Kenneth Coleman of Middletown, N.Y. He is also survived by his sister Patricia Allan and her fiancé Rob Rutler of Sussex, N.J., and several nieces and nephews. He was predeceased by his sister Corrine Muniz. Visitation hours will be held on Thursday June 9, 2022 from 3-6 P.M. with a Funeral Service at 5:30 P.M. at the Ralston-Lippincott-Hasbrouck-Ingrassia Funeral Home, Inc. 72 West Main St. Middletown, N.Y. Burial will be held at the convenience of the family in the Orange County Veterans Cemetery in Goshen, N.Y. Memorial contributions may be made online to the American Lung Association https://www.lung.org Arrangements by Ralston-Lippincott-Hasbrouck-Ingrassia Funeral Home, Inc. 845-343-6023 or www.ocfuneralhomes.com
To plant a beautiful memorial tree in memory of Frank Coleman, please visit our Tree Store
Thursday
9
June

Share Your Memory of
Frank
Upload Your Memory View All Memories
Be the first to upload a memory!
Share A Memory
Plant a Tree