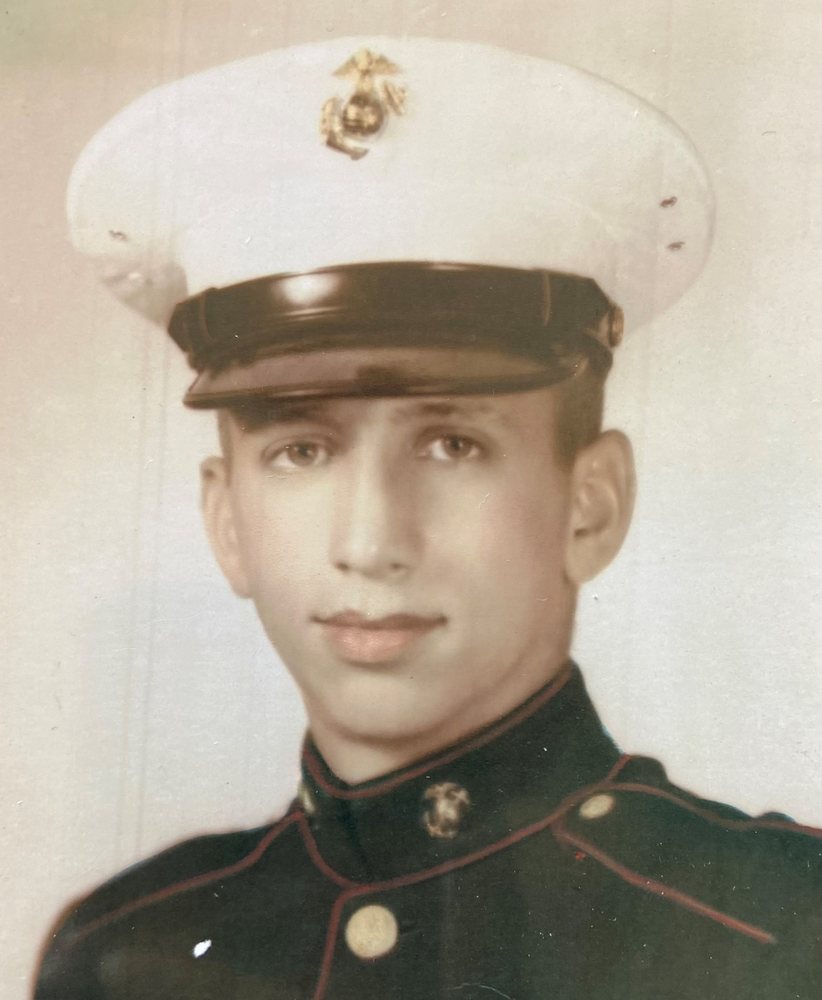 Please share a memory of Louis to include in a keepsake book for family and friends.
View Tribute Book
Louis Amarose of Toms River, NJ passed away at Garnet Health Medical Center on May 16, 2022. He was a resident at Braemar Living at Wallkill at the time of his passing. He was 88 years old. Louis was born on October 24, 1933, the son of Louis and Verna Amarose of Keiser, Pennsylvania. He was a proud veteran of the United States Marine Corps, serving in Morocco during the Korean War. He loved a good meal, especially those cooked by his wife, seafood and going out to restaurants. He loved horseracing, OTB and music. He liked watching spaghetti westerns, old movies and football. He was a tough guy on the outside but sensitive underneath, and he was an amazing caregiver to Louise during her long illnesses. He was predeceased by his wife, Louise Amarose (nee Martin) and son, John Amarose. Survivors include daughter, Veronica Weiss (Wayne) of Goshen, NY, daughter Kathleen Merrick (John) of Poway, CA and son Timothy Amarose (Lorraine) of Lincoln City OR. Grandchildren: John, Paul, Yale, Juliana, Jessica, Johnny, Annmarie and Great Granddaughters Elizabeth and Victoria. Graveside Services with Military Honors will be held on Monday June 20, 2022 at 11 A.M. when he will be laid to rest, together with his wife, at the Orange County Veterans Memorial Cemetery in Goshen, NY. Arrangements by Ralston-Lippincott-Hasbrouck-Ingrassia Funeral Home, Inc. 845-343-6023 or www.ocfuneralhomes.com
To plant a beautiful memorial tree in memory of Louis Amarose, please visit our Tree Store
Monday
20
June

Share Your Memory of
Louis
Upload Your Memory View All Memories
Be the first to upload a memory!
Share A Memory
Plant a Tree