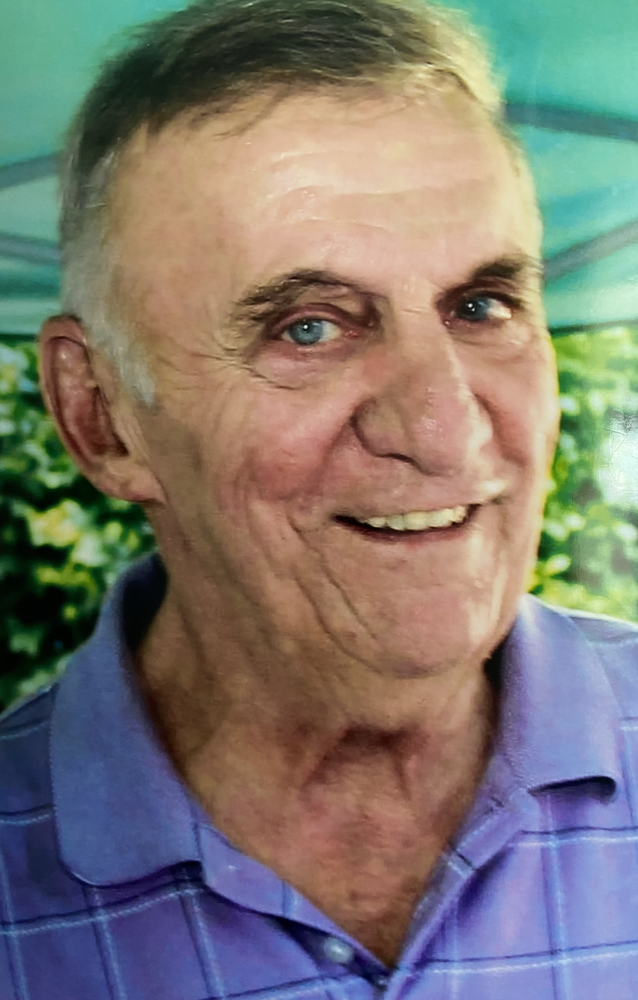 Please share a memory of Richard to include in a keepsake book for family and friends.
View Tribute Book
Richard Paffenroth 84 of Middletown, N.Y. went home to be with his Lord, with his family at his side on April 12, 2022. The son of the late Henry and Lydia Miller Paffenroth, he was born on May 5, 1937 in Pine Island, New York. Richard graduated from Warwick High School. He proudly served in the U.S. Army. He retired from the Ford Motor Company and IBM. Richard is survived by his loving and devoted wife of 61 years, Barbara Warren Paffenroth. He was the proud father of his three daughters Jacqueline Oliver (Stanley), Patricia Holmes (William) and Elaine Lopez (Dennis). He is also survived by his 13 grandchildren and 16 great-grandchildren and his brother Robert from Charlotte, N.C. and many nieces and nephews. Richard was predeceased by his parents, his sisters Emma Paffenroth, Esther Felker, Hilda LaMontagne, Lydia Tiefenbacher, Virginia Kirczow, Janet Longcore and his brothers Sam and Milton Paffenroth and his son-in-law the Rev. William Holmes. Nothing brought Richard as much happiness and joy as spending time with family. He also loved reading, word and number puzzles and bowling. He was a member of the D&H Square Dance Club, Middletown Elks Club and a member of St. John's Lutheran Church. The family would like to thank the West Team of Hospice of Orange and Sullivan Counties for the wonderful and compassionate care during his illness. The family would also like to thank Maxine Krohn for the wonderful care she gave to Richard. Visitation hours will be held on Saturday April 23, 2022 from 11 A.M.-1 P.M. with a Funeral Service at 1 P.M. at St. John's Lutheran Church 391 Mt. Hope Road Middletown, N.Y. Burial will be in Pine Hill Cemetery Town of Wawayanda, N.Y. In lieu of flowers the family request donations can be made to Hospice of Orange and Sullivan Counties, the Alzheimer's Assn. or St. John's Lutheran Church. Arrangements by Ralston-Lippincott-Hasbrouck-Ingrassia Funeral Home, Inc. 845-343-6023 or www.ocfuneralhomes.com
To plant a beautiful memorial tree in memory of Richard Paffenroth, please visit our Tree Store
Saturday
23
April

Share Your Memory of
Richard
Upload Your Memory View All Memories
Be the first to upload a memory!
Share A Memory
Plant a Tree