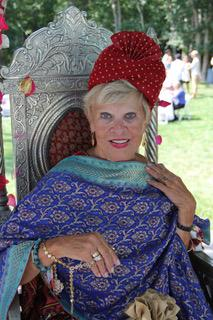 Obituary of Patricia B. Gilchrest

Please share a memory of Patricia to include in a keepsake book for family and friends.
View Tribute Book
Patricia B. Gilchrest, affectionately known as Pat, died peacefully on February 1, 2022. She was 85. Pat, loving wife of the late J. Kent Gilchrest, was born November 14, 1936, in Tappan, NY. She was the daughter of Blanche McGuinness Brown and John J. Brown and had two siblings, Robert J. Brown (deceased) and Judith Blauvelt Lodato of Lafayette Hill, PA. She is survived by her three children, Shane Gilchrest, Kelly Bloss and Scott Gilchrest, as well as her eight grandchildren, Kent, Sawyer, Autumn, Mariah, Cooper, Caleb, Jude and Shepherd. She was devoted to her entire extended family. Pat had a passion for and spent most of her life helping not-for-profit organizations. She served as President of the Orange County Citizens Foundation from 1989 until retirement in 2006. Prior to taking the helm of this unique not-for-profit, membership-based organization devoted to quality of life for Orange County residents, Pat worked for the Orange County Cerebral Palsy Association (Inspire), raising funds and providing community relations for the organization for over 15 years. Originally from Rockland County, Pat devoted herself to the Orange County community since moving to the area with her late husband Kent in 1960. She served as the Treasurer for the Friends of the Orange County Arboretum and sat on the Boards of Orange Pathways, Orange Regional Medical Center Foundation (Garnet Health), and the Inspire Foundation-Cerebral Palsy Association. She was an Emeritus Board member of the Orange County Chamber of Commerce and served on the Governmental Affairs Committee for that organization. Pat was a past member of the Goshen Rotary Club and a member and Past President of the East Hampton Rotary. She Co-Chaired the Hudson Valley Council, Boy Scouts of America's Distinguished Citizen Dinners. She served on the Board of the Community Foundation of Orange County and the College of New Paltz Foundation. She was a founding member of the Leadership Orange program and served on its Board and was Program Chair for 10 years. She was a Steering Committee Member of the SUNY New Paltz Hudson Valley Forum. In 2000, Pat co-chaired SUNY Orange's 50th anniversary gala, raising well over $70,000 in scholarship funds for the college. In 1995, Pat was named a Woman of Achievement by the Sarah Wells Girls Scout Council and the YWCA of Orange County. In 1999, she received the Distinguished Citizens Award from the Hudson Valley Council, Boy Scouts of America. She was again honored in 2002, by Leadership Orange, with their annual award recognizing outstanding leaders in the community. She received recognition from the Warwick Historical Society and Elant. Pat was appointed to the Governor's NYS Department of Transportation Advisory Panel in 2004. The panel held statewide hearings accepting comments on transportation issues in the various local communities. And, Pat most recently served on the Board of the East Hampton Housing Authority focused on delivering affordable housing to the local community. Pat grew up in Tappan, NY, and lived in Rock Tavern, Warwick, Florida, and Sugar Loaf. She ultimately retired to Montauk, NY, and spent her last year at the Loudonville Assisted Living Residence in Loudonville, NY, which provided extraordinary loving care. Her family asks that we celebrate her wonderful life and not mourn her death. As was her wish, there will be a viewing on February 11, 2022, at Ralston, Lippincott, Hasbrouck and Ingrassia Funeral Home in Middletown, NY (10AM to 12PM) followed by a brief service at the funeral home. She will be buried that afternoon at 2PM in Oak Hill Cemetery in Nyack, NY. In lieu of flowers the family requests that donations be made to the Montauk Fire Department (Montauk, NY) or Inspire - Article 16 Developmental Disabilities Clinic (Goshen, NY).
To plant a beautiful memorial tree in memory of Patricia Gilchrest, please visit our Tree Store
Friday
11
February

Share Your Memory of
Patricia
Upload Your Memory View All Memories
Be the first to upload a memory!
Share A Memory
Plant a Tree