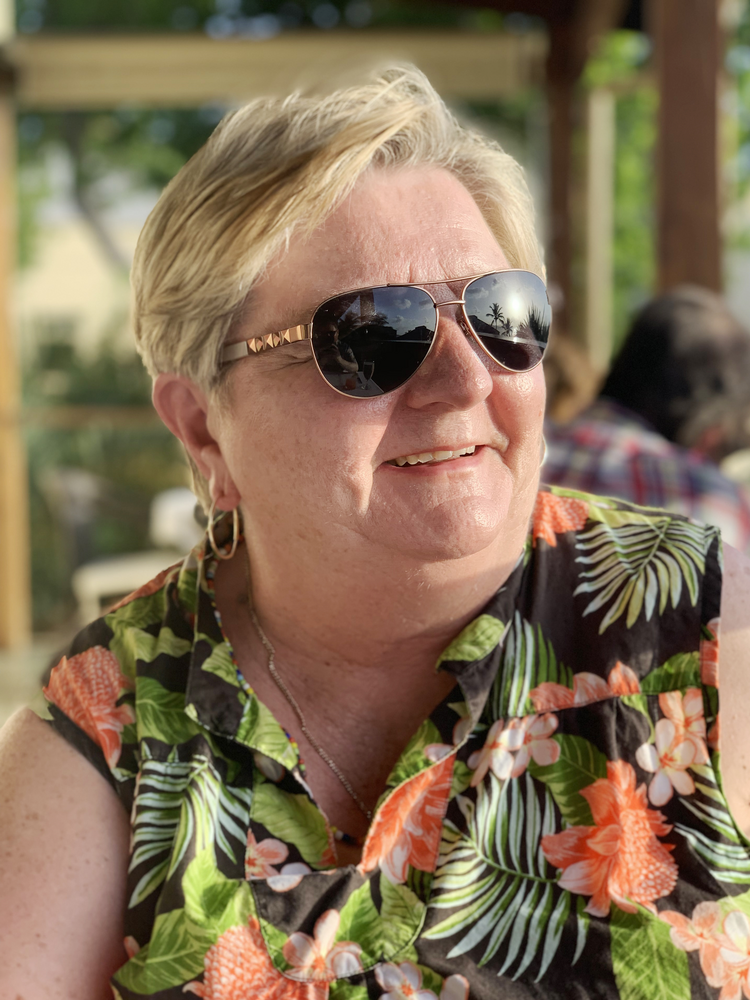 Please share a memory of Bethann to include in a keepsake book for family and friends.
View Tribute Book
Bethann "Buffy" Illobre, age 71 of Middletown, passed away August 30, 2021 at Garnet Health Medical Center after a battle with lung cancer. She had spent her final hours with her family and friends reminiscing over years of love and friendship. Buffy was born June 26, 1950 in Middletown, New York and spent her early years moving frequently due to her father's job. She graduated from Pine Bush High School in 1968 and subsequently studied at SUNY New Paltz. She started her career at Lloyd's Shopping Center in the garden department and was promoted to manager where she was able to work with one of the many passions she had, plants and their care. During her time at Lloyd's she was a regular attendee at the Orange County Fair Speedway, one of the other passions she had, where she was a dedicated fan and met the love of her life, Nick Illobre where he was a competitor. They were married January 17, 1976 and both continued to attend the weekly program at not only Orange County Fair Speedway, but also following her nephew's racing career across the northeast region where they cherished visiting different tracks and seeing the racing action. Buffy left Lloyd's when her son, Nicholas was born in 1983 to spend time raising him. He remembers her instilling an early love of reading when they would spend afternoons together at Thrall Library. When he entered school at the Minisink Valley School District, she held many officer positions within the PTO and was a fixture in the Minisink school community, volunteering for book fairs, school pictures, and fundraising. In addition to the school community, she was also dedicated to the Ontario Hose Company Ladies' Auxiliary where she was a past president and treasurer. She returned to work at Laura Ann Farms as the garden center manager in Monroe, New York in 1998 where she made lifelong friendships and loved not only working with plants, but also setting up the haunted house for Halloween as it was her favorite holiday. In addition to her love of plants, her family, her cats and auto racing, Buffy will always be remembered for her two favorite vacation destinations, Lake George in the Adirondacks and St. John in the US Virgin Islands. Her love for St. John was contagious and she would watch sunsets broadcast on the internet, stay on top of changes on the island, and looked forward to seeing the Caribbean sunsets every year. She is survived by her husband of forty five years, Nick of Middletown, her son Nicholas and his husband Alex of Astoria, New York, her brother and his wife, Charles and Marjorie Krull of Knoxville, Tennessee, her aunt Barbra Moulton of Milford, Connecticut, her sister-in-law Sharon Jarose (Jim) her beloved nephews Jerry Higbie (Sarah Ruggerio) and Daniel Higbie, her grand-niece and nephew, Lindsey and Cody, her former brother-in-law Gerald Higbie, her dear friends Martha and Jim Ferguson of Greenville, and Jeff and Terry Spiro of Falls Church, Virginia, Sharon Loder of Middletown, her work family Laura Ann, Anthony, and Doreen Cuomo, her several cousins and her two cats, Bob and Willow. She is predeceased by her father and mother, Charles and Elizabeth Krull, her daughter Siobhan, her brother Kenneth, and her daughter-in-law Kimberly. Visitation will be at the Ralston-Lippincott-Hasbrouck-Ingrassia Funeral Home 72 West Main Street Middletown, New York on Friday, September 3, 2021 from 3:00 p.m. to 6:00 p.m. during which time a prayer service will be held. She asked that those who wished to consider a donation rather than flowers, make a donation in her memory to the Blooming Grove Humane Society or Hospice of Orange County. Arrangements by Ralston-Lippincott-Hasbrouck-Ingrassia Funeral Home, Inc. 343-6023 or www.ocfuneralhomes.com
To plant a beautiful memorial tree in memory of Bethann Illobre, please visit our Tree Store
Friday
3
September

Share Your Memory of
Bethann
Upload Your Memory View All Memories
Be the first to upload a memory!
Share A Memory
Plant a Tree