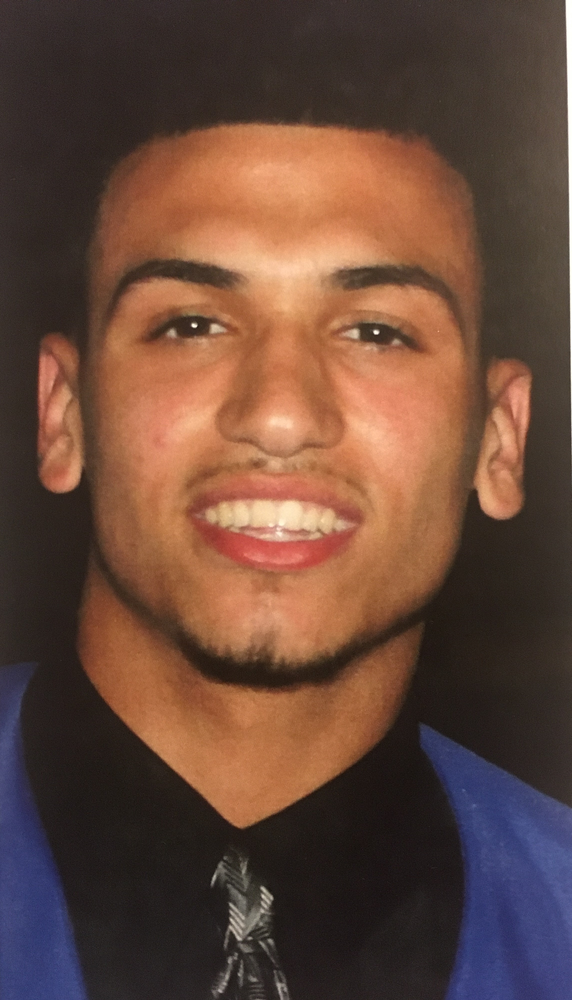 Please share a memory of Christopher to include in a keepsake book for family and friends.
View Tribute Book
Chris Brucato 34, passed away unexpectedly Saturday July 17, 2021. Chris was a lifelong resident of Middletown, New York. Chris was born on December 27, 1986 in Valhalla, New York. He was the beloved son of Theodore "Ted" Brucato and Kennetha Botero. In early childhood, Chris loved school, spending time with his friends and playing sports. He attended Truman Moon and Maple Hill Elementary schools. Chris also played in Middletown Little League, Basketball League and Pop Warner Football. Chris had a strong passion for all of these sports, he always played his heart out. While playing school basketball his coach gifted him the nickname "Juice" because "Chris brought instant electricity to the court". This nickname would stick with Chris forever. Chris was a graduate of Middletown High School, where he excelled in Football, Basketball and Baseball. In his senior year, Chris was honored as the MVP of the varsity football team. He was also awarded most athletic male student in the school. Prior to graduating, Chris travelled with his classmates to Italy which he described as, "One of the best experiences of my life". Following graduation Chris attended Delhi University. Chris was a strong believer in God, he put his trust and faith into him. Chris had an enormous heart, who would help out anyone in a time of need. He always seemed to look out after others and put them before himself. Chris was well loved, well respected and always greeted you with a smile. Those who knew Chris, even just a little bit lost a shining light in their lives. We love and miss you Chris, see you on the other side. In addition to his Parents, Chris is survived by his two beautiful children: Saveria Bertholf Brucato and Brayden Brucato. He is also survived by his sisters: Lashenya Hernandez and her companion Ernest, Alicia Maiorino Botero and her husband Anthony; grandmothers Ella Reynolds and Marie Brucato, and a host of aunts, uncles, nieces, nephews, cousins, and friends. Chris is also survived by his special uncle and mentor Timothy Reynolds. He was predeceased by his grandfathers William Butch Reynolds and Theodore Brucato Jr. Visitation hours will be held on Monday July 26, 2021 from 10 A.M.-12 Noon with a Funeral Service at 12 Noon at the Ralston-Lippincott-Hasbrouck-Ingrassia Funeral Home, Inc. 72 West Main St. Middletown, N.Y. The Service will be livestreamed at the following link: https://my.gather.app/remember/christopher-juice-brucato Burial will follow in Wallkill Cemetery in the Town of Wallkill, N.Y. Arrangements by Ralston-Lippincott-Hasbrouck-Ingrassia Funeral Home, Inc. 343-6023 or www.ocfuneralhomes.com
To plant a beautiful memorial tree in memory of Christopher Brucato, please visit our Tree Store
Monday
26
July

Share Your Memory of
Christopher
Upload Your Memory View All Memories
Be the first to upload a memory!
Share A Memory
Plant a Tree