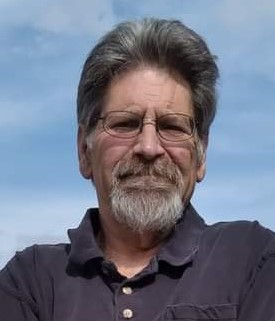 Please share a memory of David to include in a keepsake book for family and friends.
View Tribute Book
David T. Masi of Middletown, New York, a master electrician having worked at Kandel Brothers in Middletown, N.Y. and Jones Plumbing and Heating in Florida, N.Y. and a lifelong resident of the area, passed away on February 2, 2022 in Garnet Health Medical Center in Middletown, N.Y. He was 63. David was born on July 2, 1958 in Cornwall, N.Y. He was raised in Florida, N.Y. and was a graduate of the S.S. Seward Institute. He was a veteran of the U. S. Navy. He loved Rock and Roll, Harley Davidson Motorcycles, auto racing and his video games. Survivors include his sister April Rose of Middletown, N.Y., his stepbrother Robert Benker of Arkansas and his sister Tina Masi Reinneck of Breese, IL. His niece Lana Brewer and his cousin Jim Masi of Middletown. Funeral Services with Military Honors will be held in the Spring in the Orange County Veterans Cemetery in Goshen, N.Y. Arrangements by Ralston-Lippincott-Hasbrouck-Ingrassia Funeral Home, Inc. 343-6023 or www.ocfuneralhomes.com
To plant a beautiful memorial tree in memory of David Masi, please visit our Tree Store

Look inside to read what others have shared
Family and friends are coming together online to create a special keepsake. Every memory left on the online obituary will be automatically included in this book.
View Tribute Book
Services for David Masi
There are no events scheduled. You can still show your support by planting a tree in memory of David Masi.
Plant a tree in memory of David

Share Your Memory of
David
Upload Your Memory View All Memories
Be the first to upload a memory!
Share A Memory
Plant a Tree