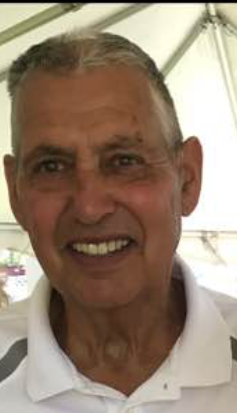 Please share a memory of Ronald to include in a keepsake book for family and friends.
View Tribute Book
Ronald Paul Goodrich July 13, 1939 – July 14, 2021 Middletown, NY Ronald “Ron” Goodrich of Middletown, NY passed away on Wednesday, July 14, 2021 after living 82 full years of life. Ron was born July 13, 1939 in Rhinebeck. NY, the son of the late Paul Emerson Goodrich and Mary Vivian Mattison Goodrich. Ron served his country in the United States Army, after graduating from Middletown High School in 1957. He married Vera Korman Goodrich, on August 28, 1960, they moved to Tucson Arizona, as he finished his Army career. In 1964 they returned to Middletown to start and build a successful construction company, Goodrich Construction Co. Inc. His son, Scott joined the business, they worked together for over 40 years. Ron never officially retired, because he said, “he was not old enough, yet”. Ron leaves a legacy of employees for whom he taught the skill of carpentry and inspired them to start their own businesses. Ron was a hardworking man, with traditional and old school values. A faithful friend to many with a heart of gold. He always had your back, when in need. A true MAN of his word. Ron liked to go fast, whether it was in a race car, motorcycle, boat or skiing on the slopes. He began his racing career at the age of 30, racing at the Orange County Fair Speedway and Nazareth, PA. Ron was a Daytona 500 ticket holder since 1964. He enjoyed his Wednesday night golf league at Town of Wallkill Golf Course. He continued to ski until age 80 and played golf up until 3 weeks ago. Ron was the widow of Vera Korman Goodrich (September 2017). He is survived by his children, Erika Reed, Middletown, Andrea Adler-Sifre, (Rickie) New Paltz, Scott Goodrich (Sydney) Middletown. He is also survived by his Grandchildren, Corey Reed (Elizabeth), Justin Reed, Rachel Reed (Dana), Zachary Alder, Shelby Goodrich and Dylan Alder and two Great Grandson’s, Dean Ronald Reed and Lucas Edward Reed. His sister Linda DuVall (Robert) of Montgomery, predeceased by his sister Shirley Houghtaling of Florida. Along with several nieces, nephews and cousins. Visitation hours will be held on Sunday July 18, 2021 from 2-6 P.M. at the Ralston-Lippincott-Hasbrouck-Ingrassia Funeral Home, Inc. 72 West Main St. Middletown, N.Y. Funeral Services will be held on Monday July 19, 2021 at 10 A.M. at the Funeral Home. The Service will be livestreamed at https://my.gather.app/remember/ronald-goodrich Burial will follow in the Wallkill Cemetery Phillipsburg, N.Y. In lieu of flowers, memorial contributions can be made to the American Heart Association or American Diabetes Association. Arrangements by Ralston-Lippincott-Hasbrouck-Ingrassia Funeral Home, Inc., Middletown, New York www.ocfuneralhomes.com
To plant a beautiful memorial tree in memory of Ronald Goodrich, please visit our Tree Store
Sunday
18
July

Share Your Memory of
Ronald
Upload Your Memory View All Memories
Be the first to upload a memory!
Share A Memory
Plant a Tree