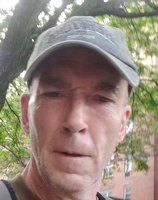 Richard "Richie" Michael Houlihan of Greenwood Lake, N.Y. a laborer and longtime resident of the area, passed away on September 8, 2022 at his home. Richie was a former resident of Maspeth, N.Y. He was 48. The son of the late Richard A. and Loretta Houlihan, he was born on March 19, 1974 in Queens, N.Y. Rich is survived by his son Nicholas Houlihan, his sister Loreen Houlihan and his ex-partner Lori Saxton. He was predeceased by his brother Kevin Houlihan. A Memorial Mass will be celebrated on Saturday October 15, 2022 at 12 Noon at the Holy Rosary Church in Greenwood Lake, N.Y. Burial will be held at the convenience of the family. Arrangements by Strong Basile Funeral Home 845-477-8240 or www.ocfuneralhomes.com