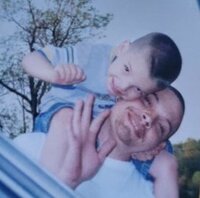 David A. Riker, a longtime resident of Orange County, New York passed away on June 6, 2022. He was 45. The son of Louis Estrada and Cynthia Riker, he was born on April 30, 1977 in Goshen, N.Y. Survivors include his son Tyler Riker of Middletown, N.Y. He is also survived by his aunts, uncles and cousins including Amanda and Tracey Logan who were like sisters to him. He was predeceased by his mother Cynthia Riker and his grandmother Patricia Riker and his aunts Sandra and Michelle Riker. Services will be private. Arrangements by Ralston-Lippincott-Hasbrouck-Ingrassia Funeral Home, Inc. www.ocfuneralhomes.com