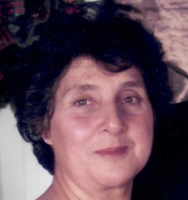 Mary Antoinette Van Gelder Middletown, New York Mary Antoinette Van Gelder, 90, of Middletown, passed away peacefully at home surrounded by her loving family. She felt blessed and grateful for her long life and the time this gave her to spend with family and friends. She was born in Girardville, PA on September 6th, 1930 and moved to Middletown, a city she loved, when she was two years old. She was the daughter of Philomena and Pasquale Cortese and was the youngest of 4 children. She had a very close and loving relationship with her sister and two brothers, (Loretta, Russell, and Nicholas) and they raised their families together living in the same neighborhood for most of their lives, creating many wonderful memories. Mary graduated from Ursuline Academy in 1947. She married her high school sweetheart and the love of her life, Charles Van Gelder, Jr in 1951. In May they would have been married 70 years, a remarkable milestone. They were a great team and their partnership is a model for all of us. They had three children, Barbara, Margaret and Charles, III. Her greatest joys were her children, four lovely granddaughters, her daughter and son-in-law, and being Aunt Mary (aka Auntie) to her many nieces and nephews and their families. When her first daughter Barbara was born with Down Syndrome in 1952 Mary's life took an unexpected path. She rose to the challenge and through connecting with other mothers she became a strong advocate for community services and the right to education for children with disabilities. Their advocacy led to organizing the local chapter of AHRC in Orange County. She was an active volunteer with AHRC for more than 20 years, helping with fundraising and the development of different programs. Motivated by the need to create meaningful services for adults with disabilities, her commitment expanded to involvement in the early development of Occupations Inc. She joined the Board of Directors in 1967 and served in this capacity for more than 30 years. In 1982 the Lions Club honored her with the 'Humanitarian of the Year" award for her work on behalf of children and adults with disabilities. Mary found great rewards in being of service to others as demonstrated by her volunteer work throughout the years. She was an active member of the Lenten Sewing Club which raised funding for equipment for the pediatric ward at Horton Hospital, and became president of the organization in 1983. She, was a member of the Hospital Auxiliary and Century Club, volunteered with Horton's Blood Bank and with Meals on Wheels, along with many other community organizations, often involved with fundraising activities. Mary's love of children led her to become a Teaching Assistant, first at Albert Street School and then at St. Joseph's. She had a great ability to nurture the abilities in every child and help them feel valued and confident. She was also well known for a unique talent- her ability to pull loose teeth with ease and a minimum of tears. She finished her career as a Clerk in the Nurse's Office at Middletown High School where she developed great rapport and relationships with both students and faculty. She created a welcoming environment and took a special interest in the important happenings in each student's life. Mary's faith was an important and guiding force throughout her life. She was a lifelong parishioner at St. Joseph's Church and was actively involved with the school and church in many capacities. For more than 50 years she was a member of both the Altar Rosary Society and the Catholic Daughters of America, where she served as a regent. She helped organize bake sales and other fundraising events, cared for the altar linens, was a member of the Parish Council, and especially enjoyed decorating the church with flowers on major holidays with her life-long friend, Judy Ingrassia. Most importantly, she put her faith into practice every day. Mary loved being part of a large extended Italian family and community, including many cousins. She enjoyed cooking Italian food, having family and friends over to eat, and loved to host parties. Mary created many enjoyable and special memories on Lincoln Street! She was a huge sports enthusiast, a loyal fan to both the local Middletown and New York teams, and learned to enjoy golf with her husband. She was a thoughtful, kind and generous person who always considered what she could do to help others. She always had a smile, made friends easily, and felt blessed with many life-long friendships. She was a 'second mother' to many people. She is survived by her husband Charles, her daughter Margaret and her husband William of Newton, MA; and their daughters Liz and Sarah of Roslindale, MA; her son Charlie and his wife Lynne of Scottsdale, AZ; their daughter Sienna and her husband Aaron Windsor of Nashville, TN, and Vanessa of Phoenix, AZ. The family would like to acknowledge and thank Dr Robert Dinsmore for his extraordinary care over the years, and to the Hospice of Orange and Sullivan Counties for their personalized support during the final months of Mary's life. A quote from the Dalai Lama captures well how Mary lived her life- "Be kind whenever possible. It's always possible." As you prepare to attend services, please be aware that facial coverings and social distancing must be practiced at all times at the Funeral Home and the Church. Visitation hours will be held Monday April 12, 2021 from 4-7 P.M. at the Ralston-Lippincott-Hasbrouck-Ingrassia Funeral Home, Inc. 72 West Main St. Middletown, N.Y. A Funeral Mass will be celebrated on Tuesday April 13, 2021 at 11 A.M. in St. Joseph Church in Middletown, N.Y. The Mass will be livestreamed at the following link: https://my.gather.app/remember/mary-a-van-gelder Burial will in St. Joseph Cemetery. In lieu of flowers, contributions in Mary's memory can be made to St. Joseph's Church, Hospice of Orange and Sullivan Counties, Inc, the Massachusetts Down Syndrome Congress, or an organization of your choice. Arrangements by Ralston-Lippincott-Hasbrouck-Ingrassia Funeral Home, Inc.343-6023 or www.ocfuneralhomes.com