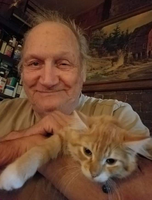 Thomas Maurizzio Jr. Middletown, New York Thomas Maurizzio Jr. of Middletown, N.Y. a retired Treatment Assistant at the Mid-Hudson Psychiatric Center in New Hampton, N.Y. and a lifelong resident of the area, passed away on Sunday January 31, 2021 at Good Samaritan Hospital in Suffern, N.Y. He was 78. The son of the late Thomas and Maude Hart Maurizzio Sr., he was born on April 2, 1942 in Middletown, New York. He was a longtime member of the Eagles Engine Co. No. 2 in Middletown. Survivors include his children Thomas Maurizzio III; Terri Warrington and her husband Dwight; Mickey Maurizzio and his wife Pam and Michelle Dominick. His brothers Robert Maurizzio and David Maurizzio and his sisters Debbie Reed and Maudie Maurizzio and his stepsister Linda Funderburke. He is also survived by his many grandchildren, great-grandchildren and nieces and nephews. He was predeceased by his brothers Frank, Ralph and his twin brother Mike and his sisters Vita Margarum and Kathleen Hamilton. He was also predeceased by his father Tom and his stepmother Marjorie Sprague Maurizzio. As you prepare to attend services, please be aware due to NYSDOH guidelines facial coverings and social distancing measures must be practiced at all times when at the funeral home. Due to capacity limitations entry may be delayed into the building. Thank you for your understanding. Visitation hours will be held on Wednesday February 10, 2021 from 2-4 P.M. at the Ralston-Lippincott-Hasbrouck-Ingrassia Funeral Home, Inc. 72 West Main St. Middletown, N.Y. Graveside services will be held in Pine Hill Cemetery at a later date. Arrangements by Ralston-Lippincott-Hasbrouck-Ingrassia Funeral Home, Inc. 343-6023 or www.ocfuneralhomes.com.