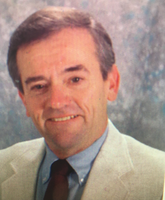 Robert Bracco May 22, 1937 – January 20, 2021 Resident of Poughkeepsie, N.Y. If you had the honor of knowing Bob Bracco, then you knew a man who was filled with generosity, honesty, integrity and fun. Bob was born in Flushing, Queens where he spent his formative years growing up during the 1940's into the early 1950's where he graduated from the East New York Vocational High School in 1955. He immediately enlisted in the United States Navy in 1955 where he served 2 years as an Aviation Mechanic in the US Navy's 105th Attack Squadron until being honorably discharged in 1957. Then in 1964, Bob enlisted as a recruit in for the New York State Police where he found his calling and vowed to Serve, Protect and Defend the People While Preserving the Rights and Dignity of All. Bob proudly severed as a respected New York State Trooper until his retirement as Sergeant, Troop F Middletown, NY, in 1988. Bob went on to earn his real estate license working for Griffith Real Estate for a few years in Goshen New York before moving to Dover Delaware in 1994. While in Dover, Bob earned his pilot's license, joining the Delaware wing of the Civil Air Patrol where he rose to the rank of Major and served for many years. Bob and Joan decided to move back to the Hudson Valley in 2017 and ultimately wound up residing in Poughkeepsie with their daughter Jackie where Bob enjoyed daily walks along the waterfront and getting back to city life. Bob was preceded in death by his parents Anthony and Clara and 2 of his siblings (Jean and Dolores) Bob is survived by his wife Joan, son Robert, Robert's wife Nicole, daughter Jackie and his brother Anthony along with many of his long-time friends. Bob will be greatly missed by his family and remembered for his smile, kindheartedness and unwavering drive to give back and help others. All friends and family are welcome to celebrate Bob's life at a future date and time to be determined at the Orange County Veterans Memorial Cemetery located 111 Craigville Rd, Goshen, NY 10924. Arrangements by Ralston-Lippincott-Hasbrouck-Ingrassia Funeral Home, Inc. 343-6023 or www.ocfuneralhomes.com